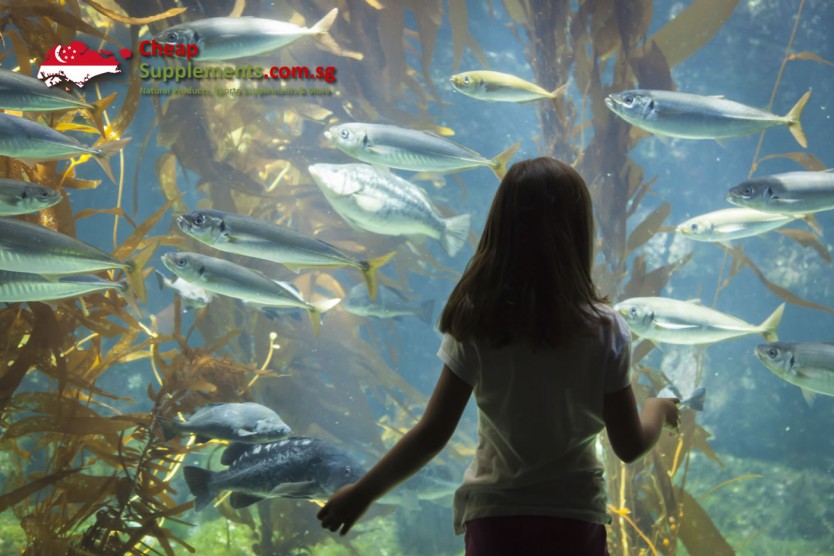 (Could this mean that in the future, we wouldn’t need to harvest massive amounts of fish for the Omega 3 oils? – Editor, CheapSupplements.com.sg)

A genetically modified plant that can produce fish oils has been successfully grown in the field for the first time. The primary dietary source of omega-3 oils, thought to offer health benefits, are marine fish. But now, in a drive to make the fish farming industry more sustainable, scientists have managed to engineer plants to produce them too.

The researchers genetically engineered the Camelina sativa plant by introducing a set of seven synthetic genes – based on those found in marine algae – that allow the GM crops to produce the omega-3 oils. While the plants were shown to be successful in greenhouse trials, the new results published in Metabolic Engineering Communications have shown that the plants continue to produce these oils even when grown outside.

“The omega-3 fish oil trait that we have developed is probably the most complex example of plant genetic engineering to be tested in the field,” explains Professor Johnathan Napier, who leads the GM Camelina program at Rothamsted Research in the U.K. “This is a globally-significant proof of concept and a landmark moment in the effort to develop truly sustainable sources of feed for fish farms.”

It’s suggested that omega-3 offers health benefits, such as helping to protect against heart disease. But because our own body can’t produce the oil, it’s recommended that we eat two portions of fish a week in order to get enough. Interestingly though, fish can’t produce it either. In the wild, smaller fish feed on an algae that can make the oil, and these are then eaten by larger fish – like salmon – in which the omega-3 accumulates.

So this means that in order to raise farmed fish that contain omega-3 oils, they have to be fed on wild-caught fish. Far from the sustainable produce many think it is, it requires between an astonishing two and five kilograms (4.5 and 11 pounds) of wild fish to get one kilogram (2.2 pounds) of farmed salmon. If we can therefore produce crops that can be turned into fish food that already have omega-3 in it, then it’s hoped that the fish farming industry might become far more sustainable.

“We are delighted with the results of our first year field trial,” enthuses Dr. Olga Sayanova, one of the scientists who developed the GM plants. She went on to add that as the fish farming industry is expanding at such a rapid rate – currently half of all fish consumed worldwide is farmed – the need to find a sustainable method is an urgent priority. While flax seeds also produce omega-3 oils, they are not the same as those found in fish.

“Our results give hope that oilseed crops grown on land can contribute to improving the sustainability of the fish farming industry and the marine environment in the future,” says Sayanova.

New to iHerb? Get Free Singpost Shipping if the order is more than S$ 53.08 (US$40)! Also, get an additional 10% loyalty rebate that can be used on your next order within 60 days!